Mythology tells us the Greek gods ate ambrosia and drank nectar, giving them strength and immortality. But what sort of vessel could contain such a potion? No mere cup suffices.

Like the fountain of youth, pursued by Ponce de Leon in the 1500’s, rumors of a restorative pool draws many to a location deep in the woods, some 40 miles east of Portland.  Unlike Ponce’s folly, this pool exists.

It’s an open secret. The beauty and relative ease of the trail attracts a crowd even on a weekday, when the sun is shining and adventures beckon. 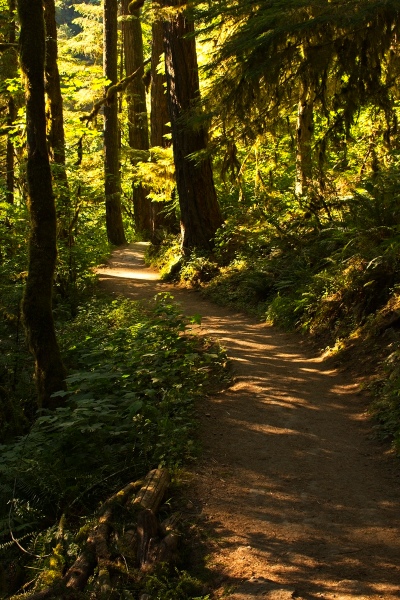 The path parallels a river, sometimes moving deeper into the forest, and sometimes edging cliffs with a sheer drop.

Regardless of whether you’re passing through a sylvan glade with a soft even path dappled in spots of sunlight, or white knuckling your way along a cliff wall, it’s good to remember that these are not the only worthwhile sights along the forest trail. Smaller things, things you might think inconsequential can be rewarding. 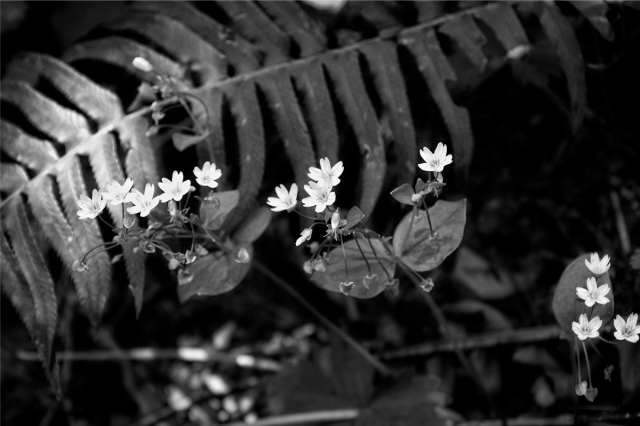 Two miles in (two and a half, if you park at the fish hatchery) I arrived at the lower falls. Just downstream of that is a lesser pool, a pool where mere mortals cavort about in glee.

Two large fallen tree trunks nearly spanned the river.  I walked out onto the one on the left to observe the jumpers.  Then further out on the tree, where the trunk narrowed and the water underneath grew in turbulence I sat down astraddle, scootched even further, and took in the views of the lower falls.

Returning to shore, I crossed a rocky river bank to the threshold of the upper falls. Here was the Punch Bowl, a natural container worthy even for the nectar of the Greek gods. 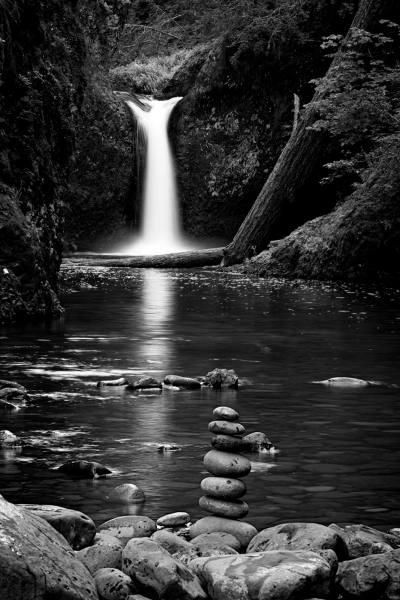 Even the swimmers respected the sanctity of this pool. A sense of peace carried along with the low roar of the falling water and cares eroded away. And if I did not sip from the pool, it did not matter. Upon leaving the site I felt renewed, maybe not younger, but feeling as if my life had gained a few extra days. 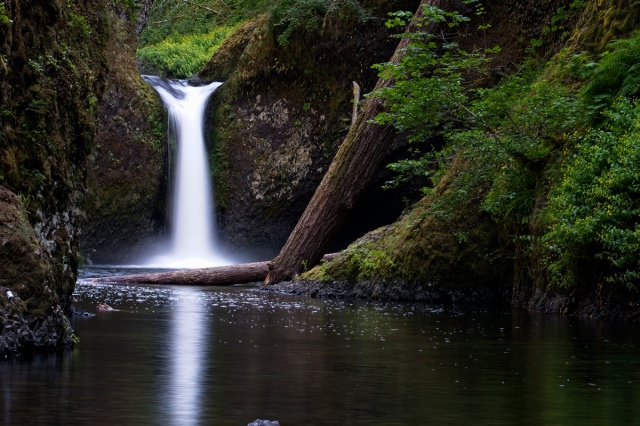