When the wind blew the wrong direction, thick, choking smoke otherwise hidden by darkness snaked into the camp, causing watering eyes and making it hard to breathe. The fire was high above us, but as the night wore on it crept down the cliff face, heading in our direction. It was our introduction to Hell.

Hells Canyon, that is.

It was 1996 when I went on a white water rafting trip with a few buddies. We rafted the Snake River, which runs on the border between Oregon and Idaho. By itself that’s not remarkable, border rivers are commonplace. What makes this river unusual, at least for the section we rafted, is the canyon it runs through.

Hells Canyon  is North America’s deepest river gorge – deeper than the Grand Canyon. The Snake flows more than 1 mile below the canyon’s west rim on the Oregon side and 7,400 feet (2,300 m) below the peaks of Idaho’s Seven Devils Mountains range to the east.  Thanks to the topography, access to many sections of the gorge is limited – this is not a place to get in trouble. 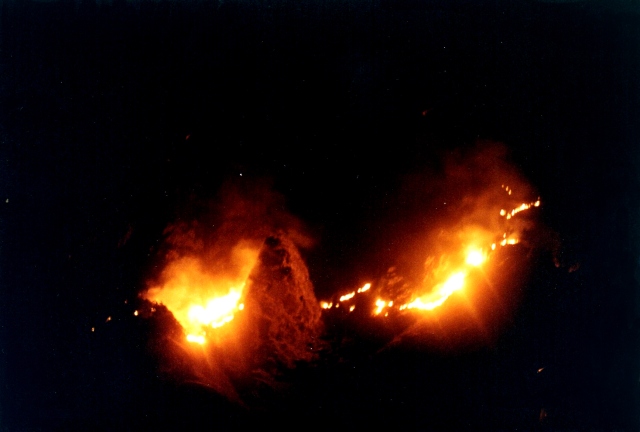 So it was with some apprehension we heard reports of fire in the area and saw the haze of smoke once we approached the canyon.

Our rafting group was a private affair. One of my Portland buddies had his own rafting equipment, and we were joining several other rafters – childhood friends of his from eastern Oregon. They too had their own gear, and had rafted the river on many prior occasions.

I wasn’t a complete novice myself; I’d been rafting on several other occasions, but always with commercial outfits, and always in paddle rafts rather than the oar rafts these guys used. What’s the difference?

In a paddle raft, all the occupants have a paddle. The guide sits in the back and calls out commands, and fine tunes the steering. He’ll pick a line through the rapids, and by voice command and with what he hopes is a responsive crew will steer and power through the different sections. “Right side forward, left side back” he might call. “Forward paddle!” “Back Paddle!” “Forward hard!!!!!” 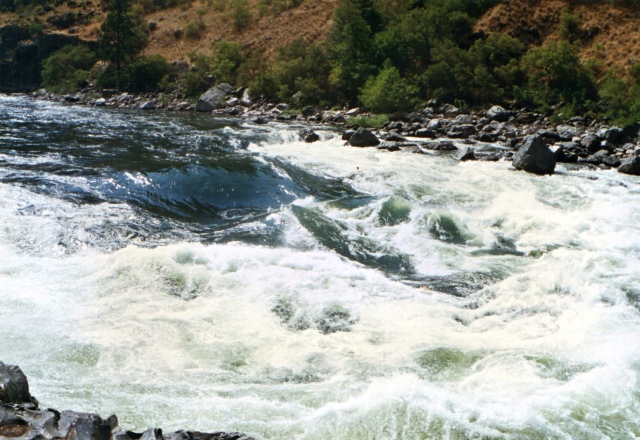 Or, if the hydraulics are pushing us into a rock and that rock is trying to flip us over he’d call “high side, high side!!”, meaning everyone on the low side of the raft should shift to the high side to counterbalance the raft – hopefully we don’t flip and everyone goes swimming amongst the rocks and white water. 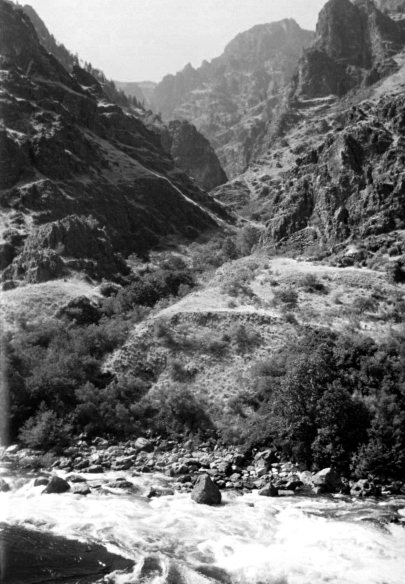 The high side call applies to oar-rafts too. In these rafts only one guy rows, just like a row boat. Passengers do little more than hang on and bail in a pinch. Although rafts are designed to be self-bailing, when 100 gallons of water spill into the raft in a couple seconds you might as well try to row a truck, and the quicker you bail it out the better.

The technique is a little different too. With a paddle crew it’s more about getting everyone to paddle together tactically, and you have both the advantage of more paddles in the water and the disadvantage of some paddlers being less efficient. In an oar-raft it’s straightforward – point the raft at the danger and row away from it. The path through the rapids is still important, but with one guy there’s less to coordinate. 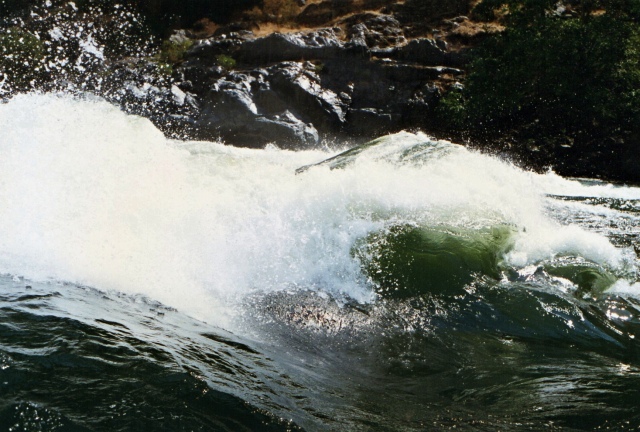 Of course, the rower does need to be coordinated. You’d be surprised how easily oars can come out of oar locks, when a class four rapids is coming up and you’re panic rowing trying to stay out of the worst of it. Or when you’re in rapids and suddenly you’re rowing air on one side because of that hole that snuck up on you.

White water rapids are classified from class I (easy float) to class VI, (unnavigable). Most raft trips will be primarily class II’s and III’s.

But was it hell or was it heaven?

The fire did seem apocalyptic and looked like a vision from hell, that night it was above our camp. But we weren’t too worried – we were on the opposite side of the river and even as it worked its way lower it was still high enough that the smoke was rarely that bad.

On the flip side, envision this…

The days were hot, but on the river it was comfortable. If we got too warm we’d just slip into the water for a quick dip, or instigate a water fight with a neighboring raft. Most of the time we were between rapids; a bit of floating, a bit of easy rowing, and all the time with good friends with whom we’d have deep philosophical discussions – “want a beer?”. The kick back time was broken up with periods of excitement when rapids came up. We were in the deepest gorge in North America, so the views were often impressive. It was a private affair, so we had our own food and beverages and enjoyed them at times of our own choosing.

Sounds pretty nice to me.

14 thoughts on “Through Heaven and Hell”